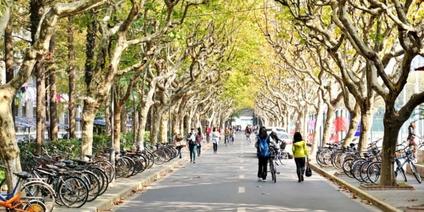 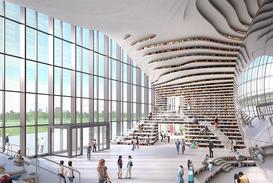 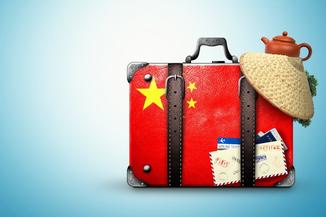 Cost of Living in  China 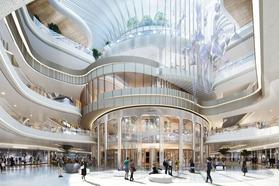 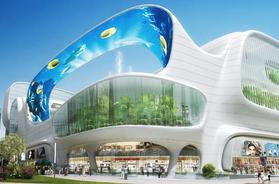 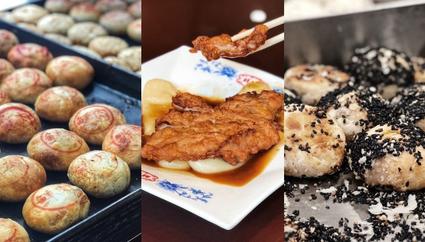 Since 1978 when China inaugurated the opening and reform initiative, international communication and cooperation in the education sector has migrated onto a new stage cheering healthy development of abroad studying, increasing number of foreigners studying in China, and expanding cross-border academic communication. International communication and cooperation has brought us with beneficial reference, impelled education reform and development in China and enhanced the mutual understanding and friendship between China and other countries. (Number of International Students in China)

Educational Exchanges between China and Countries in America and Oceania

The American and Oceanian area is always one of the priority areas for China's international exchanges and cooperation in education sector. Since the founding of the People's Republic of China, especially after China's adoption of the reform and open-up policies, friendly ties between China and most countries in the American and Oceanian area have been strengthened steadily, and the scale of educational exchange and cooperation has been widening day by day.

Bilateral Government Education Agreements
Currently, the Chinese Ministry of Education (MOE) has signed exchange and cooperation agreements or memorandums of understanding in the field of education with governments of the U.S.A., Australia, New Zealand and the provinces of Quebec, British Columbia, Alberta of Canada; established regular Join Working Group Consultation Mechanism for educational exchanges at ministerial-level with New Zealand and Australia. In October 2003,the Arrangement on Higher Education Qualifications Recognition between the Government of the P. R. China and the Government of Australia and the Arrangement on Mutual Recognition of Academic Degrees in Higher Education between the Ministry of Education of the P. R. China and the Ministry of Education of New Zealand were signed. The MOE has also signed educational exchange agreements with the Ministries of Education of Fiji and Republic of the Marshal Island. In Latin America, the Chinese Government has signed cultural and/or educational exchange agreements with 15 countries. In accordance with these agreements or memorandums, China has been conducting extensive exchanges with these countries in forms of exchange of educational delegations, international students, scholarly visits and educational resources; establishing institutional links, teaching each other's languages, cooperatively running schools and joint researches.

Cooperation with Multinational Companies
Through the active guidance, organization and coordination of the MOE, internationally renowned multinationals such as IBM, SUN, Intel, CISCO, Motorola, Lucent, Texas Instrument, in the American and Oceanian area have been supporting the teaching and research in many Chinese schools and universities through donation of money, equipments, software and textbooks. By the end of 2003, donation made by these companies reached 2.6 billion RMB Yuan.

Exchange of Students
Countries in the American and Oceanian area such as the U.S., Canada, Australia and New Zealand are the major destinations for Chinese citizens to study abroad. At present, according to incomplete statistics, the numbers of Chinese students studying in those countries, regardless of the nature and form of their study, are as follows: over 200,000 in the U.S., some 35,000 in Canada, around 35,000 in Australia, and nearly 40,000 in New Zealand. The majority of these Chinese students are on their own expenses. In recent years, the number of foreign students from this area coming to study in China has seen extensive growth.

So far, China has established education cooperation and exchanges with 41 countries in this area as well as the European Union. It has signed education agreements with 23 countries within this area. In addition, agreements on mutual recognition of academic degrees with eight East European and GUS countries have been endorsed.

The Cooperation and Exchanges with the Asian & African Countries

The Chinese government attaches great importance to the cooperation and exchanges with the Asian & African countries in the filed of education. Since the founding of the People's Republic of China, the friendship between China and countries in Asia & Africa has been developed remarkably. The scale and scope of the cooperation and exchanges in the field of education have been enlarged increasingly. So far, the educational agreements have been signed between China and more than 40 Asian & African countries, including Japan, South Korea, Mongolia, Vietnam, Singapore, Malaysia, Thailand, India, Pakistan, Israel, Saudi Arabia, Yemen, Egypt, South Africa, and Kenya. Mutual visits of delegations, exchanges of students and scholars, inter-institutional collaboration, the exchange of teaching materials and cooperation in language teaching and academic research have all witness remarkable expansion.

(Source: Ministry of Education of the People’s Republic of China)